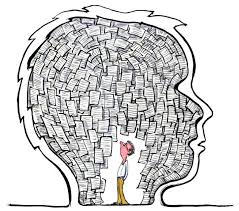 Today in my philosophy class we were talking about a principles and morality. We were discussing Plato's "Crito" where Socarates is faced with a moral issue. Socrate's premise is "we are never intentially to do wrong." But what does this mean? Socrates then comes to a more refined premise, he defines wrong as anything that one should not do. He even goes as far as to say that we should not do evil to evil. In today's world we are always out for revenge, someone hurt you so you get back at them.

The only issue I have is how far does this go? I understand that in my every day life I can be mad at someone for doing something wrong to me but I should be work on not trying to take revenge on others. Imagine what a world it would be if there was no more fighting and revenge. I saw somewhere recently, I really can't remember where that if the fighting in the middle east stopped then there would be world peace. I don't believe that I think that even if there was peace in the Middle East then all the other problems in the world would come to an end. What about Africa and other places with corrupt governments and people who are restless? Should we still have armies? How far can we possibly take this idea that we should not do evil even if evil is done to us? Doesn't that mean that if someone does something wrong and they can get away with it, then they will continue to do wrong until there is some sort of consequence?
Newer Post Older Post Home