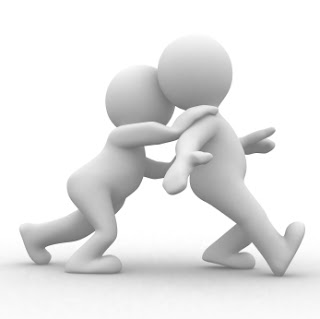 been starting to annoying me quite a bit. Okay I'll admit its not all of them, just the pushy ones. There is something in these people that keeps them from having any patience whats so ever. Like on Yom Ha'atzmaut (Independence Day) I went to the air force museum with my boyfriend and his family, when we got there, there was something like 1,000 people waiting in line to get tickets. So we joined the line at the back like good Americans. After about 20 minutes of the line not moving we realized that more people were always coming but for some reason the line never got any longer, nor did it get any shorter. Curious I know right? Well it appears that the people coming in saw the line and instead of waiting at the back like you are supposed to, they would just stand on the sides of the front of the line and wait until there was an opening and just slide into the line like they had been there the whole time.

Alright I know that living in the middle east is hard, but come on! Its the air force museum, you'd think there was free food or something. But I've found that any place that doesn't have a system for accepting people in a line like at the post office or banks, they are just pushy. Nearly every time I've been waiting for a bus, I'll be at the stop early, the bus will come and I swear these people pop out of the ground. Suddenly there is a line and no matter where I am in the line there will be someone pushing to get in front of me. It is a little difficult to come to terms with this, but I have realized that to push is the only way to move forward in this country so I have begun to push back. I don't like it but if you push me, I'll push you back. Maybe one day people here will learn manners. Until then I'll be pushing.